On May 5, 2022, the Wisconsin Department of Public Instruction (DPI) announced that the state plan for ESSER III funds has been fully approved by the US Department of Education. Our district’s final total ESSER III amount is $2,937,259. There are three categories of funding under ESSER III for our district.

As required, DPI calculated ESSER III allocations to school districts using 2020-21 Every Student Succeeds Act, Title I, Part A formula, which is based on the number and percentage of children from low-income families. While the Title I calculation was used, Title I spending requirements do not apply to ESSER III. MTSD’s Title I portion was made available in March 2022. The final amount is $607,387.

In the state of Wisconsin, there were approximately 172 districts that did not receive $578 per pupil in their title allocation, MTSD being one of them. In an effort to provide additional funding to these districts, the state plan submitted to the US Department of Education included additional funding for these districts to attain the $578 per pupil level. The final amount is $1,431,219.

Funding Based on In-Person Instruction

Districts that received less than $400 per pupil from the initial ESSER III allocations and that reported providing in-person instruction for at least 50% of the 2020-21 school year. MTSD easily exceeded the 50% benchmark, qualifying us for these funds. The final amount is $898,653.

This page contains all the components of the Mequon-Thiensville School District's ESSER III Funding Plan and information on how the MTSD is providing safe and effective in-person instruction and continuity of services for all.

On March 11, 2021, the American Rescue Plans (ARP) Act was signed into law. In it, the U.S. Department of Education is providing an additional $121.9 billion for the Elementary and Secondary School Emergency Relief Fund (ESSER III Fund). This legislation will award grants to state educational agencies (SEAs) for providing local educational agencies (LEAs) with emergency relief funds to address the impact that COVID-19 has had, and continues to have, on elementary and secondary schools across the nation.

A district’s plan must include how it will maintain the health and safety of students, educators, and other school and LEA staff, and the extent to which it has adopted policies or practices and a description of any such policies or practices on each of the CDC's safety recommendations including the universal and correct wearing of masks; modifying facilities to allow for physical distancing (e.g., use of cohorts/podding); hand washing and respiratory etiquette; cleaning and maintaining healthy facilities, including improving ventilation; contact tracing in combination with isolation and quarantine, in collaboration with the state, local, territorial, or Tribal health departments; diagnostic and screening testing; efforts to provide vaccinations to educators, other staff, and students, if eligible; appropriate accommodations for children with disabilities with respect to health and safety policies or practices; and coordination with state and local health officials.

The district must use a minimum of 20% of the Title I allocation and 100% of the allocated discretionary amount to implement evidence-based interventions to address learning loss and must ensure that interventions respond to students’ social, emotional, and academic needs and address the disproportionate impact of COVID-19 on underrepresented student subgroups.

Outreach and Services for Special Populations

Academic Achievement and Growth for Each Student 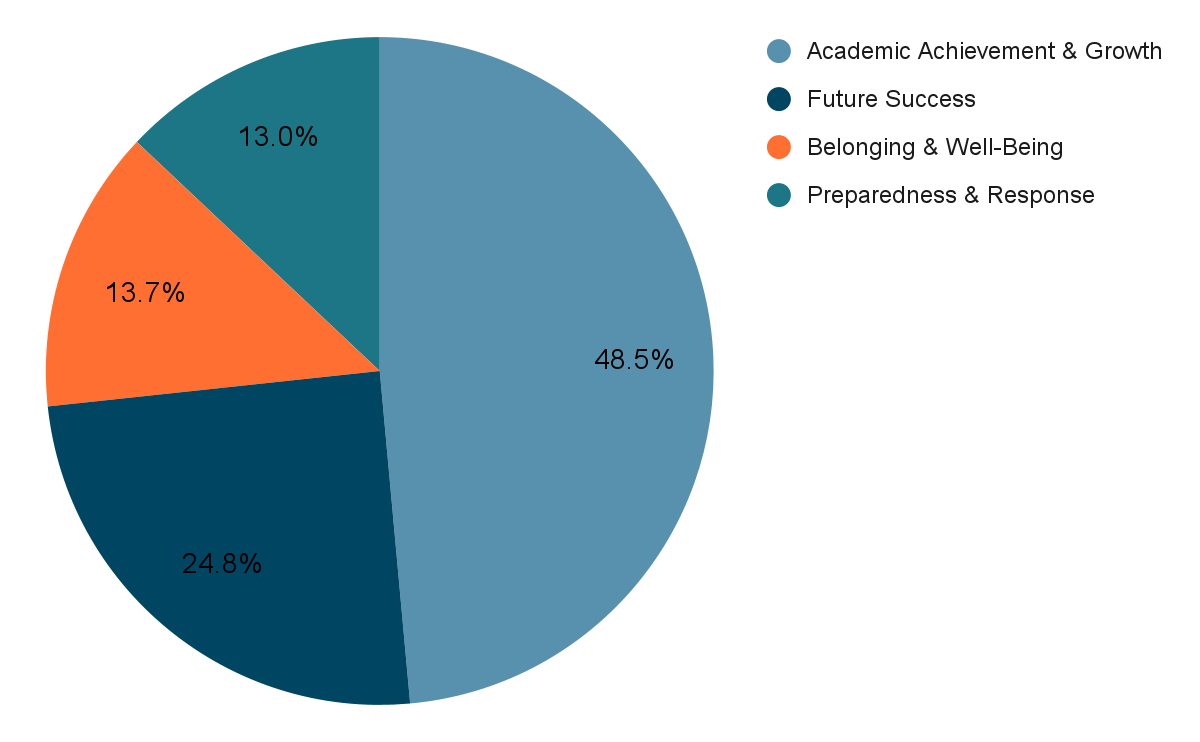 Gathering stakeholder feedback is an important part of our ESSER III planning process. Please use the form below to share any questions, comments, or concerns you may have about MTSD's ESSER III and Use of Funds Plan.

ESSER III - Use of Funds Plan

What has happened to date?